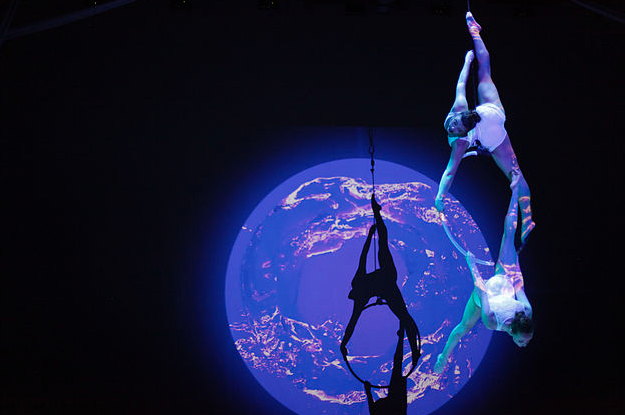 An experimental company by nature, CORE performs contemporary modern and aerial dance, post modern, interdisciplinary and technology-based works. Since 1993, CORE has gained notable popularity through several unique collaborations incorporating interactive sound and video mapping, visual arts, literature, martial arts, and since 1999 aerial dance and film has become integral to many full evening multi-media performances. CORE performs for annual main stage concerts and on tour for university, regional, national and international events including numerous events in Atlanta and New York City; the World Dance Alliance Global Summit (NYC, 2010 and Vancouver, BC Canada, 2013); multiple Laban Institute of Movement Studies events including the Global Laban Celebration in Rio de Janeiro (2008), LIMS Anniversary Celebration and LIMS Crossing Boundaries, 2013, 2014; the Robert Osborne Film Festival (2009); three ACDFA galas and at the Kennedy Center for the National American College Dance Festival (2006); and performed throughout China in 2004. CORE has also been invited to perform at numerous universities, including University of Alabama, Florida State University, Emory University, and the University of Utah. The company provides annual outreach concerts, lecture demonstrations and master classes to the public, and for schools in the state and region.  CORE Contemporary and Aerial Dance is a pre-professional dance company founded in 1991 under the artistic direction of Bala Sarasvati, Jane Willson Professor in the Arts.

Join us on the dance floor with a gift to the Department of Dance at the University of Georgia!  To mail a donation, download and print our gifting brochure, or visit our giving page to learn how to give online. Be sure to designate Thank you for your support! Read more.

EVERY DOLLAR CONTRIBUTED TO THE DEPARTMENT HAS A DIRECT IMPACT ON OUR STUDENTS AND FACULTY.